At the time of development of a SQL statement, the developer may have clarified all essential questions and the knowledge in his or her mind. However, this knowledge is fleeting. After just a few weeks, it is already difficult for her to understand complex statements. The situation in a multi-developer project is even more problematic.

Single line comments start with a double minus. Any code or text on the right side of this sequence is regarded by SQL Server as a comment. The sequence must not necessarily start at the beginning of the line. The sequence can be located at any position within a line.

Any code between the initiating and a closing sequence is regarded by SQL Server as a comment.

As so often … developers argue whether one or the other syntax serves best for adding inline documentation.

I prefer the single line syntax for the following reasons:

No uniform usage of inline documentation

The following example shows an inline documentation, that can be often found. There is neither a uniform usage of either syntaxes nor is there a uniform indentation of comments. All comments extend to the entire line. Despite a good formatting of the actual statement, this medium-complex statement is difficult to read due to the unstructured inline documentation. The complexity of the SQL statement lies in the use of a recursive common table expression (CTE) and the corresponding documentation of this feature and its use. The statement can be executed in the database AdventureWorksDW2017. 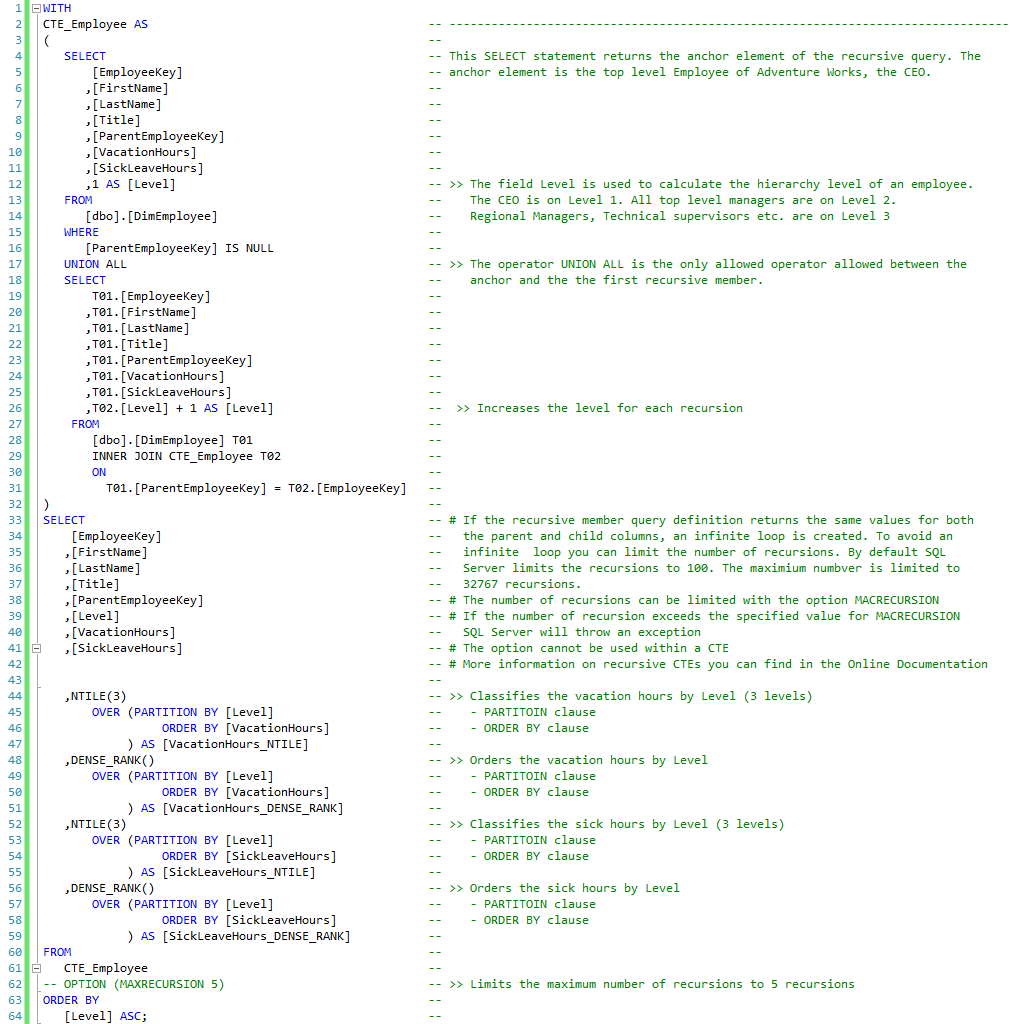 A parallel inline documentation can be described as follows: 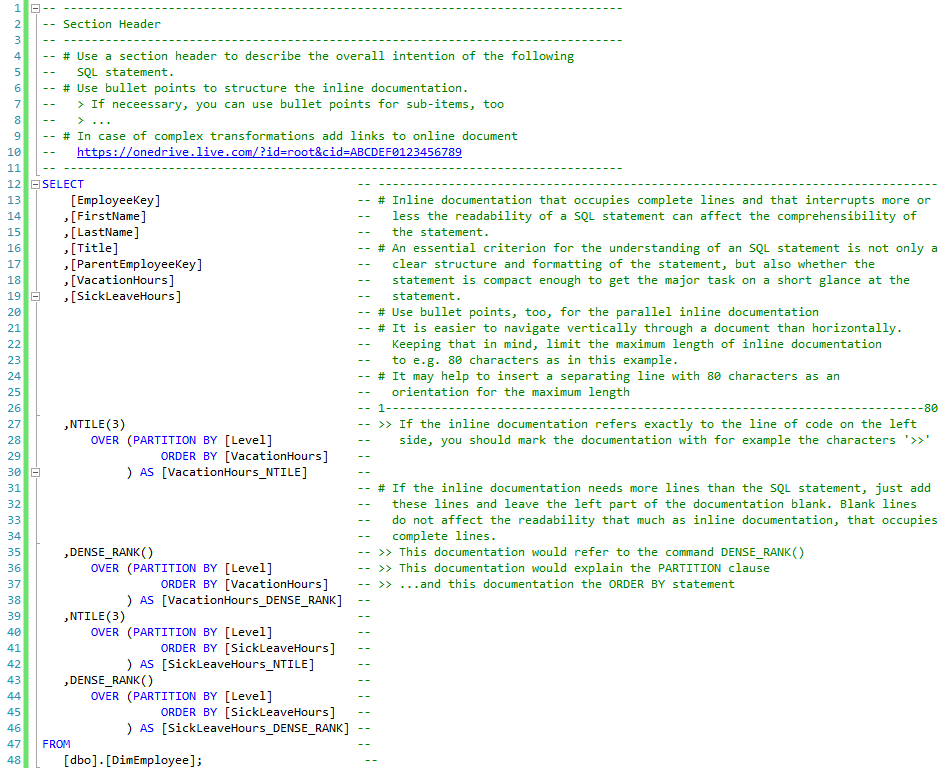